A Fascinating History of the Indian Motorcycle | Youngblood Powersports & Marine

What to Look for When Buying a Used UTV

Why You Should Invest in a Jet Ski

Why You Should Own a Kawasaki Motorcycle Today

How to Tune and Customize a Used Motorcycle

Is There a Difference Between a Motorcycle and a Dirt Bike?

5 Tips for Maintaining Your Pontoon Boat

5 Factors To Consider When Buying Pontoon Boats For Sale

Fun Ways to Customize Your Quad

A Fascinating History of the Indian Motorcycle

A Fascinating History of the Indian Motorcycle 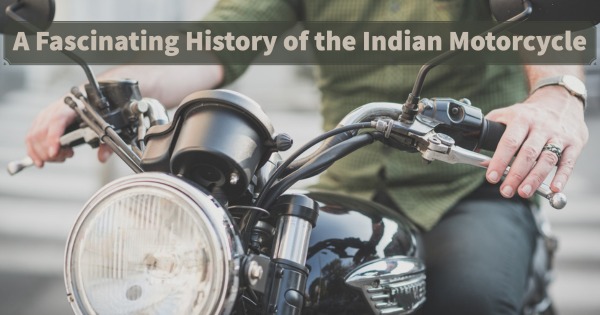 Indian Motorcycle Company is a pioneer motorcycle firm in America. Their commitment is based on American craftsmanship, focusing on enduring quality to produce motorcycles. Indian Motorcycles inspire a rapidly growing rider economy. The following is a brief history of the firm.

Later on, the company experienced tremendous growth based on innovation and motorcycle production. This created the foundation of real American riding culture. In 1923, the firm renamed itself The Indian Motorcycle Company. The firm exhibited surprising resilience in its early years of existence due to its trailblazing success in innovation. Its success records continued regardless of the two world wars and the Great Depression. Surprisingly, despite its brand survival during those tumultuous periods, the company's considerable to the two world wars offered crucial vehicles to both French and American troops on the ground.

The company's termination of the manufacture of all its models in 1953 started a 50-year break in its rich history. Despite numerous efforts during this era and the trademark 'Indian Motorcycle' on numerous imported bikes, these tumultuous times were characterized by many changes in ownership. These changes contributed to the divergence of the general success path laid by Indian Motorcycle pioneers. The uncertainty period ended when the Polaris Industry purchased the Company in 2011. This ushered in the renewed success of the company, as witnessed in its early sustained growth.

The Return of the Company: 2011 And Beyond

The 2010s have been a period full of thrilling growth and development for the Indian Motorcycle shop. Rejuvenated by Polaris Industries' acquisition in 2011, the company has since resumed its position as a trailblazer, as witnessed in its early years. The current Indian Motorcycle Company embraces rewarding partnerships, result-based technological innovation, and an ever-growing lineup of authentic and iconic bikes.