Which Motorcycle Type Is Best For Your Lifestyle?

Do's and Don'ts of Motorcycle Maintenance

ATV vs UTV: Which Is Right For You?

Prepping Your Boat For Winter

What to Look for When Buying a Used UTV

Why You Should Invest in a Jet Ski

Why You Should Own a Kawasaki Motorcycle Today

Is There a Difference Between a Motorcycle and a Dirt Bike? 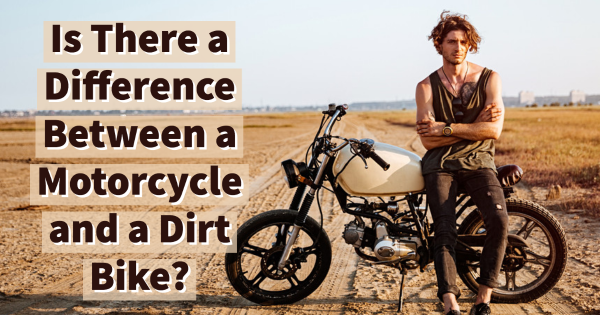 In the United States, the number of registered on-road motorcycles went from 4.2 million in 2002 to 8.3 million by 2018, just about double. Motorcycles are popular with many people and millions take to the roads every year to experience the freedom that only they can bring. However, motorcycles and dirt bikes aren't the same things, and if you're eyeing dirt bikes for sale thinking about using them the same way as a motorcycle, you may want to think twice.

One difference between dirt bikes and motorcycles is that dirt bikes have tires with extra treads for more traction. They are also more narrow for quick maneuvering off-road. Motorcycles have wider tires that are more suited for smooth riding on roads.

If you've noticed dirt bikes for sale, you may have noticed that they are smaller than road-driving motorcycles. They also lack extra features like radios that many motorcycles feature. Additionally, most motorcycles are made from metal with heavy engines and wide seats. Dirt bikes, on the other hand, are often made from plastic to be lightweight and they aren't made for long, comfortable rides along roadways.

In terms of frames, a dirt bike is much lighter and smaller, so that it can be maneuvered through rugged off-road conditions. This allows them to be more easily controlled by the riders. However, motorcycles are far heavier, and they are built to ride smoothly. They are not as maneuverable and are built instead for steady control on flat roads.

The suspension system on a dirt bike is made to be able to absorb a lot of shock. This means that they use a system that is comprised of hydraulics and spring shocks. While some motorcycles use hydraulics in their suspension systems, they are not designed to withstand the type of abuse that a dirt bike is designed for. Instead, they are more suited and designed for flat roads without the need for a lot of shock absorption.

Which Bike Is Right For You?

If you're looking at dirt bikes for sale with the idea that you can ride them along the roads, you may want to think again. Before deciding which type of bike is right for you, consider the use that you want it for. If you want to go off-roading, a dirt bike is best. However, for riding on the open road, you'll want to invest in a quality motorcycle.